We had hired a vehicle for covering today’s itinerary viz. Vijaydurg and Kunkeshwar. The distance from Rajapur to Vijaydurg is around 34 kms and from Vijaydurg to Kunkeshwar, it is another 40 kms. and the drive needless to say is pretty scenic. It was raining and the vehicle swish swoshed in the recently formed puddles. Rain, streams, small and large waterfalls, rivers, the sea – water was present everywhere. We reached Vijaydurg in about an hour. The entrance itself made us feel of a promising visit. Vijaydurg is a sea fort surrounded by the sea on 3 sides and must I say, it’s a huge fort and in much better condition than other forts that we have trekked on. This is the oldest fort on the Sindhudurg coast built during the regime of Raja Bhoja II. Shivaji captured this fort from Adil Shah of Bijapur in 1653 and renamed it as "Vijay Durg" as the then Hindu solar year's name was "Vijay" (Victory). According to legend, this is one of only two Maratha forts where Shivaji personally hoisted the saffron flag. The other fort is "Torana". (Source : http://en.wikipedia.org/wiki/Vijaydurg_Fort)

It would easily take you around 2-3 hours to visit the entire fort and believe me when I say that it is worth visiting every nook and corner of this fort as each point on the fort presents you a beautiful view of the sea, the nearby port, the jetty, the horizon and the village nearby. As you climb up and at various angles, you get to see parts of the fort you left behind, the orange colored temple etc. The view is simply beautiful and something to die for. It rained every time I got my camera out and had to forcefully tuck it back in, hence could not click many pictures, but like a hungry child, did savour the beauty lying around. We practically had the whole huge fort to ourselves. Balus parents had also accompanied us on this trip. There is a small canon at one of the main doors to the fort and beyond it you get to see actual cannon balls used in warfare. There is a small Shiv temple at one of the ‘Buruj’. As we walked the length of the fort, we came across a patch where the wall had literally given away. Below we could see the water crashing into the rocks and foaming. There is a huge mortar or grinding stone in a part of the fort. Bullocks would have been used to drive this mortar. It started raining heavily and we decided to head back and visit our next destination Kunkeshwar. I wanted to spend some more time as I really loved this fort and promised myself to return back on a winter day and sit on one of the walls and just stare into the distance for hours and hours to listen to the sea and the wind and dream of nothingness. We had our lunch of nice vegetarian thali at Padel at a hotel called ‘Raj’, 4 kms. from the fort before proceeding to Kunkeshwar. It is difficult to find hotels here but this was a decent one.

Kunkeshwar - A Shiv temple built by an Arab

The drive to Kunkeshwar was through ghats, though forests, twisting and turning and the rain making it more difficult. I saw a strange sight, if you keep looking towards your left, at a certain opening you can see the sea between the jungle but it appears as if the sea is emerging from the sky and not from the ground – unbelievable. Devgad, the house of Hapus mangoes, is an hours drive from Kunkeshwar.
The (Lord Shiva) has a story behind it and this is how it goes. An Arabian traders’ boat got caught in a storm at the coast of . As he praued for his life, he saw a small glint of light being emanated from the then small Shiva temple on the Kunkeshwar coast. The light guided him to the safety of the coast and as a display of gratitude, the Arab built the current temple here. Photography is not allowed inside the main temple. A beautiful painting of Lord Shiva adorns the walls of the main entrance. It is said that red flowers should not be offered/placed on Shankaras Pind and so is it written on one of the boards but we saw that only when we had already offered red flowers!!

There is nothing much to shop from over here except for idols of various Gods and Godesses and some small decorative material for your house or some small toys for kids. From the temple, one can see the adjoining beach. The beach is clean with cream coloured sand. However, it is not very safe as the sand gives away below your feet and one of the local folks told us that last rites are carried out here. We had our share of fun in the water before heading back home. Saw some lodges near the temple so guessing that getting accommodation will not be difficult.

﻿
﻿
﻿
Local folklore:
While hiking up to the temple of ‘Dhoot  Papeshwar’ the day before, we had come to a Banyan tree, around which a small structure was built with no idol and was painted red. Nagesh told me this was the temple or worshipping place of ‘Mahapurush’. Mahapurush is termed as the guard of the village and most villages have similar structures or Banyan trees at the entrance to the village colored in red. It is believed that this Mahapurush ventures in the night when the village is asleep, and protects the village from evil. He carries a tinkling bell on him and looks frightening. Story goes that some of the villagers have seen him and if you come across the Mahapurush, you should make way for him and not come in his way or ask anything!! 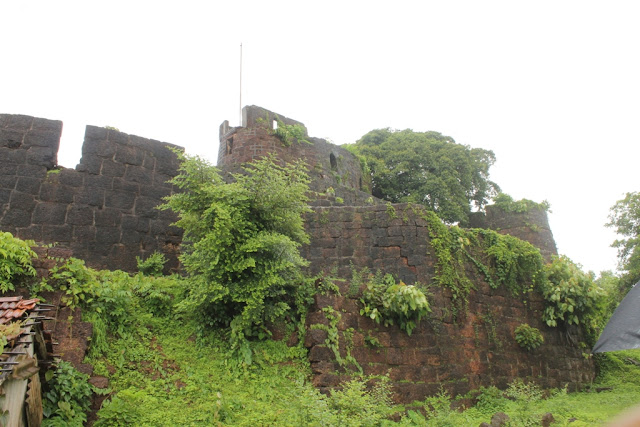 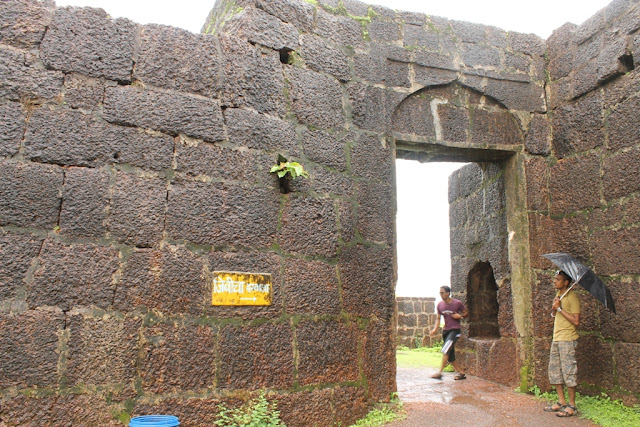 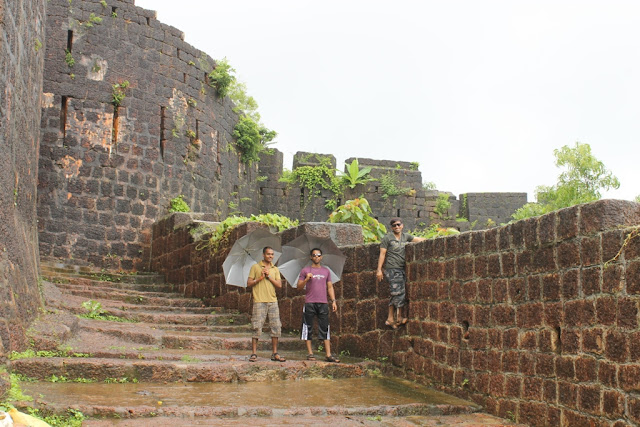 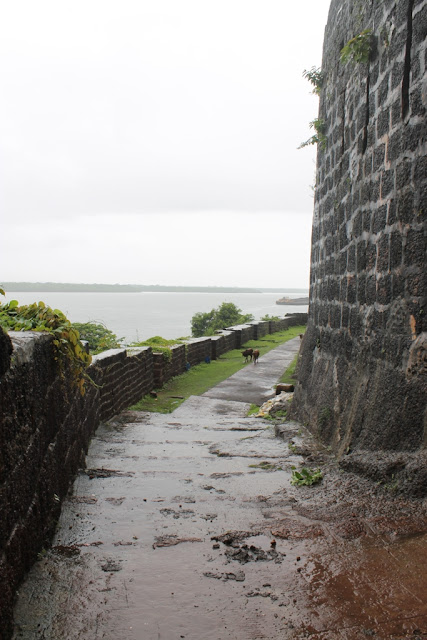 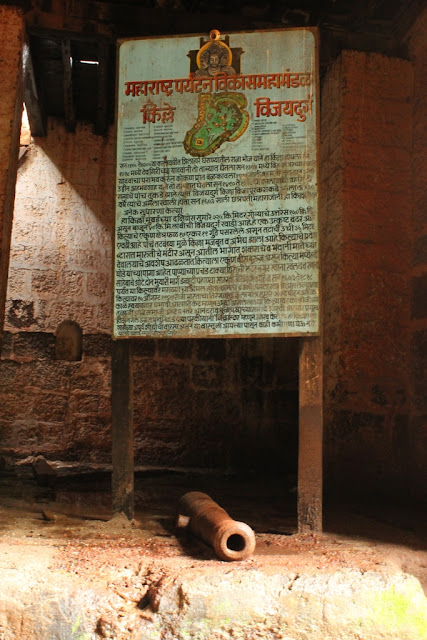 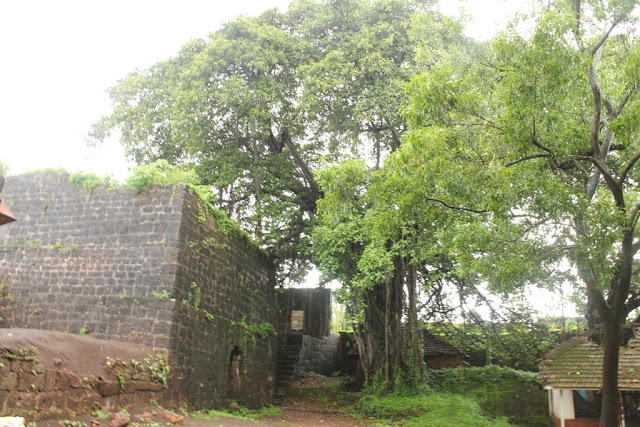 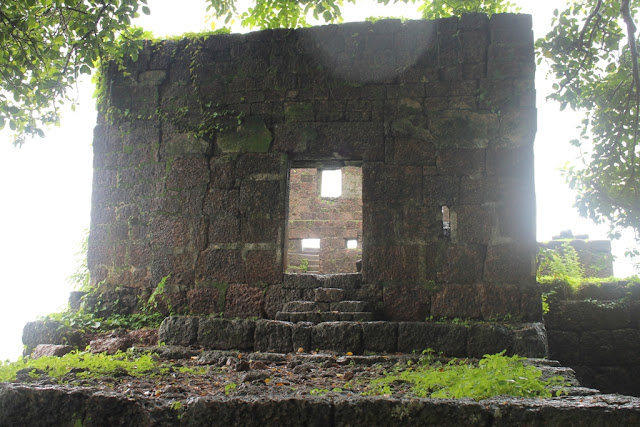 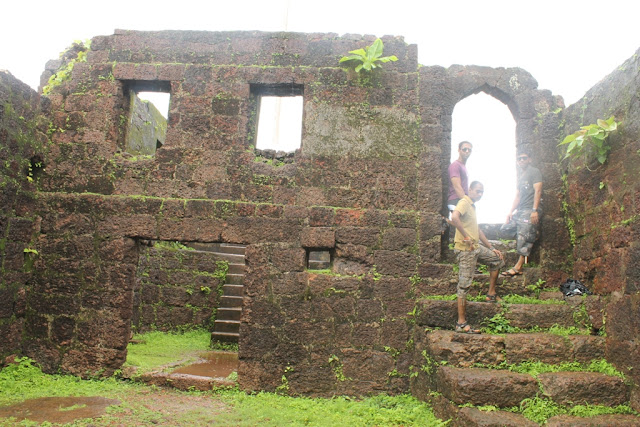 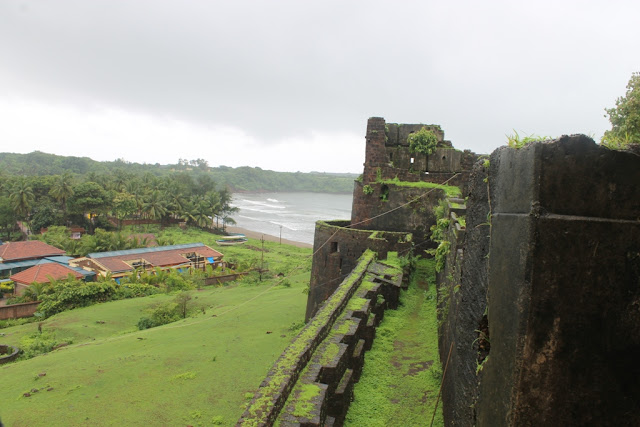 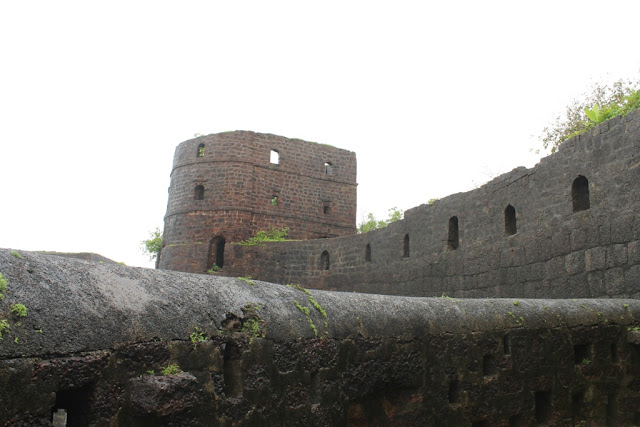 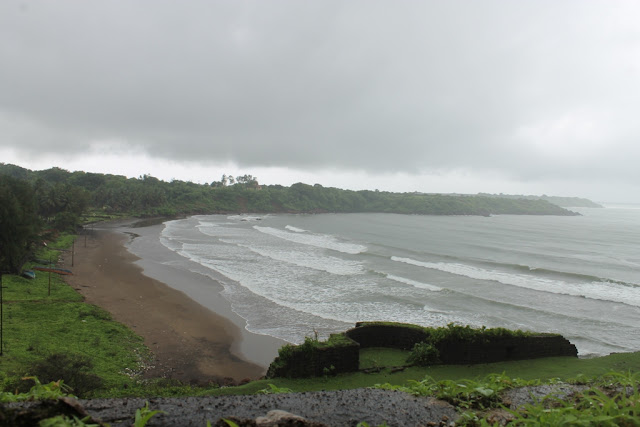 Posted by comfortably numb at 10:26 AM