It’s not surprising that Lord Shiva chooses the mountains as his abode. The mountains verily resemble him –
Peaceful and powerful!!
Raw and beautiful!!
Simple yet engrossing!!
Demanding awe and respect!!
Always composed but a single glimpse of its wrath is feared!
HAR HAR MAHADEV!!

The moment you are at Marleshwar, it seems to be a place where Lord Shiva must have put his most adept and trustworthy architects, artists and sculptors to work, to custom built a home with simplicity and natural beauty as its core elements. And the architects, it seems didn’t disappoint Him! The sculptors sculpted the mightiest of mountains unshaken by any thing, the designers and artists put their hearts into their draughtsmanship and the end result was a rendezvous with beauty - numerous waterfalls trickling down from the huge mountains wherever the eye could see, not few, not a dozen, only more, the power of the gurgling streams, the floating clouds caressing the peaks, the mist engulfing the onlooker, the caves acting as a hidden treasure, creative brush strokes of green; it was all there!!
It seems Lord Shiva loved it and simply appeared!!

Marleshwar induces a greed in you that will never be satisfied. Anywhere and everywhere you look, your jaws drop in awe at this beautifully created Gods gift. It is a scene you rarely see elsewhere. Waterfalls in dozens, mountains touching the sky – your head feels giddy with happiness that you made it here and you keep looking. It was raining, hence clicked very few photographs.

We had to change 3 buses from Ganpatipule to reach Shri Kshetra Marleshwar, each bus taking about an hour. From Ganpatipule, we caught a bus to Nivale, from Nivale to Devrukh, where we dumped our bags at a friends place and then the final stretch from Devrukh to Marleshwar.
A special mention needs to be made of the ST (State Transport) buses and its drivers. They are simply amazing! The buses look rustic and comfort is a distant dream, but the buses are as sturdy as rhinos and the drivers as efficient and talented as there can ever be!! Ghats are an everyday affair and synonymous with breathing on the Konkan stretch and the way these stalwarts steer and navigate their buses reminds you of a child playing with his toy car. The buses are almost always on time and go to the most remote places.
The bus to Marleshwar brings you to the entrance of the way to the temple. From here you need to climb the steps for about 20 - 30 minutes to reach the temple which is in a cave. It is a Swayambhu temple of Lord Shiva. The temple is also famous for another reason – snakes crawl in the caves and are a common sight as told to us by the priest, though we didn’t sight any. The snakes till date have not bitten anybody. We took care to not take any red flowers this time. On weekends and Mondays, there are very long queues of devotees. On Makarsankranti and MahaShivratri, the queue of devotees and parked vehicles goes down till Maral village almost 4 kms down. The steps are lined with shops all along. At the entrance, just before the steps, we had bhajiyas before going to the temple and a nice hot and simple thaali on our way back.

The guy from the hotel where we had lunch told us an interesting thing. He said that nobody visits the temple after Makarsankranti. Makarsankranti marks the marriage date of Lord Maleshwar and Goddess Girijadevi and a huge jatra takes place in the temple and the nearby village. On the 16th of January, nobody should knowingly stay near the temple premises. He said, once a drunkard lay asleep here on this day. The next day he was found dragged, bruised and covered with blood and in a terrified state in the nearby village and he could not recollect who did this to him. Another instance of a group was told by this old man to us. This group did not know about this fact and since it got late, decided to stay near the steps to the temple. What they experienced that night gave them shivers. They heard deafening and frightening sounds, light flashes all over, whirlwinds, unnatural clattering and shrieking. The old man says they survived only because they weren’t aware!! If you are here, hear the story from him.

The next day we spent fishing and hunting and just lazing around at a friends village at Tamhane, which is between Devrukh and Sangameshwar before catching the train at Sangameshwar station to return back to the concrete jungles of Mumbai! 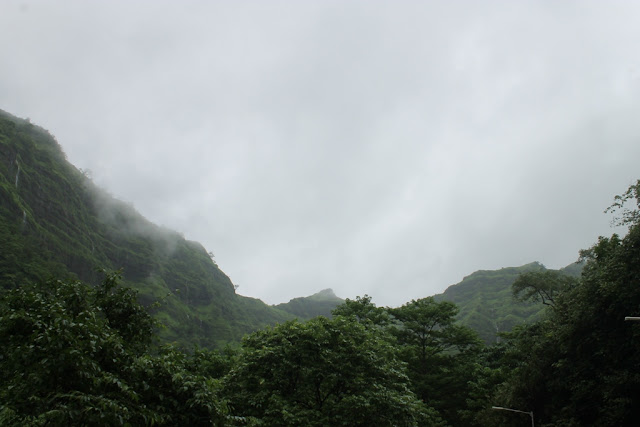 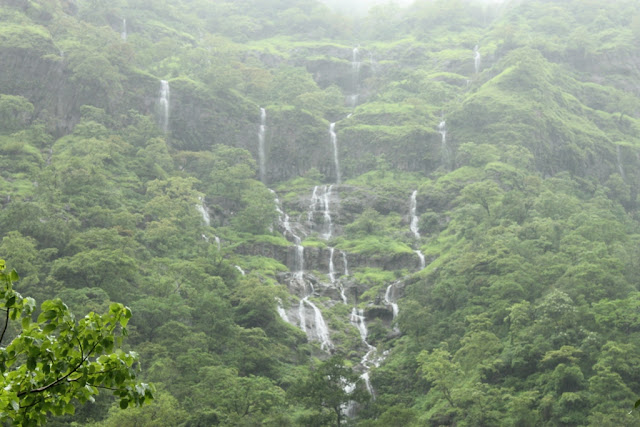 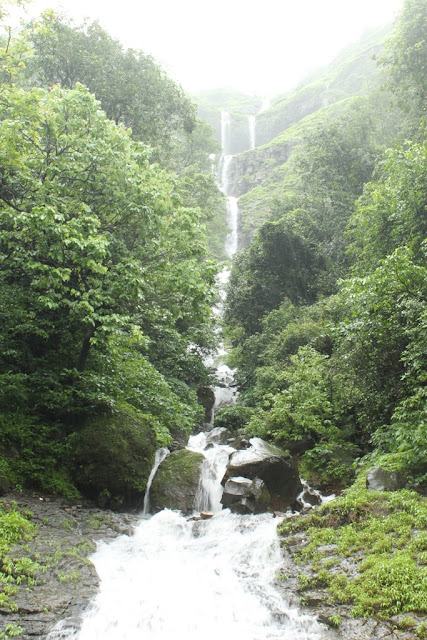 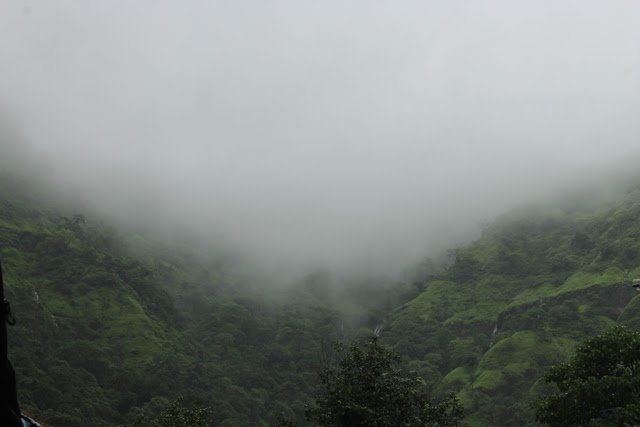 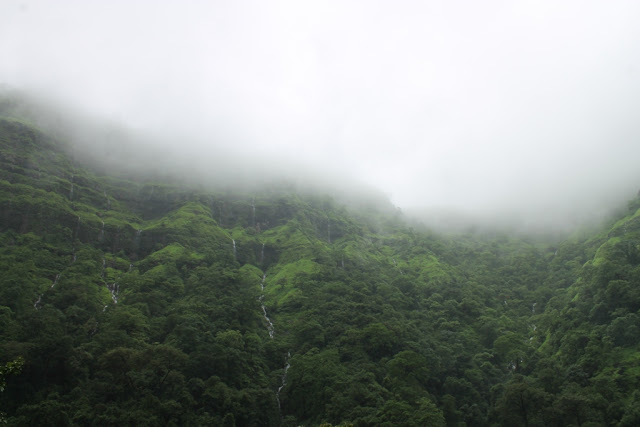 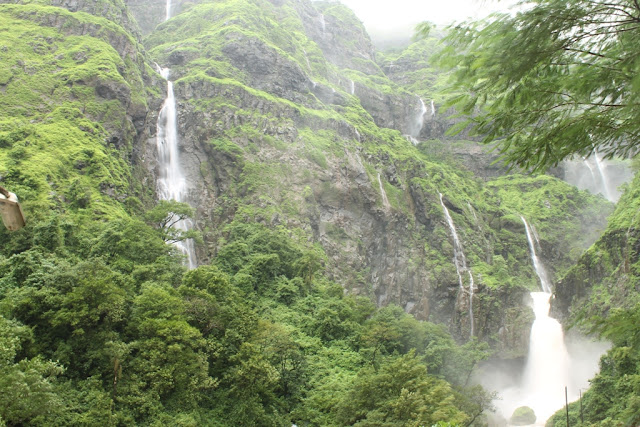 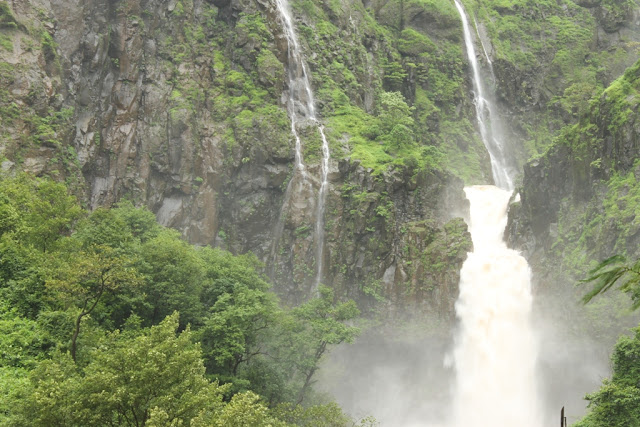 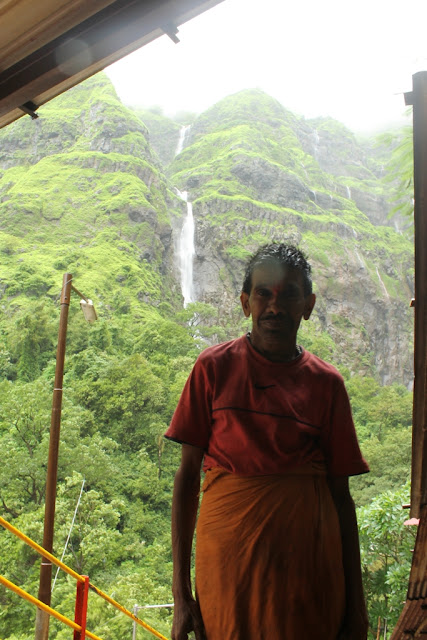 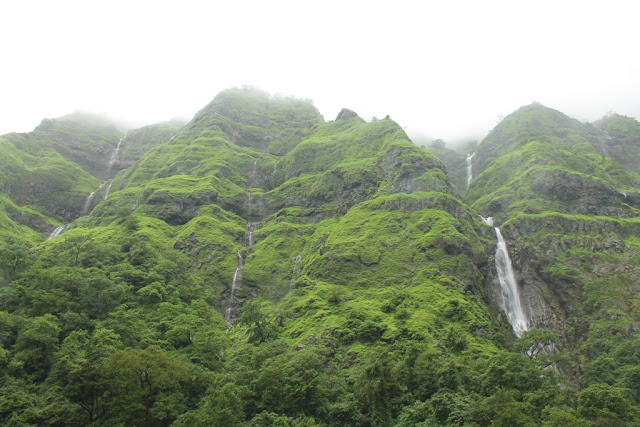 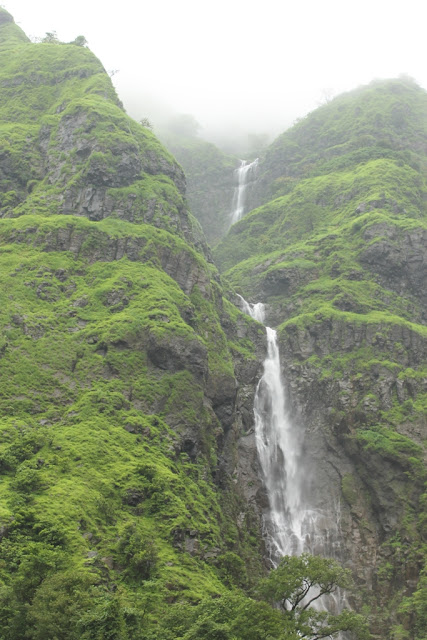 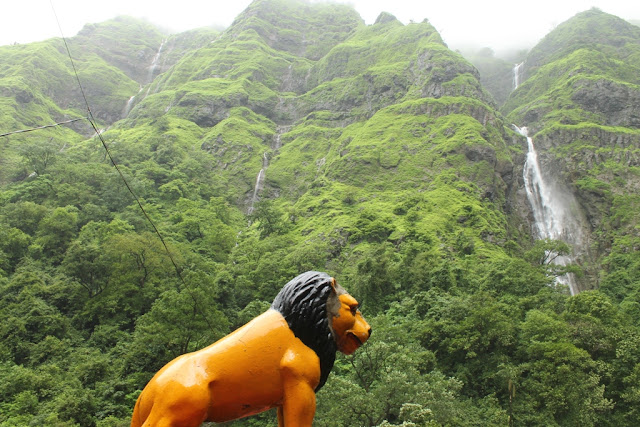 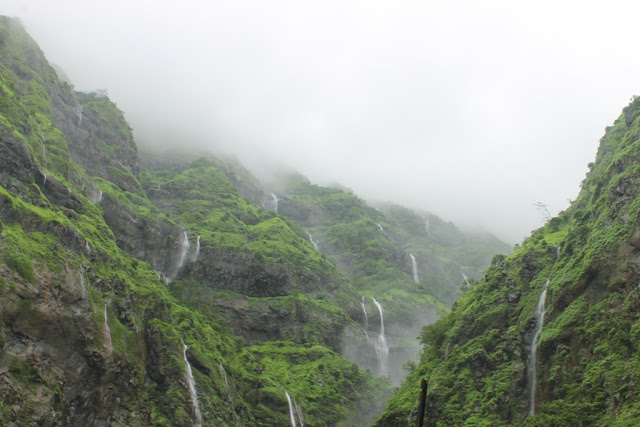 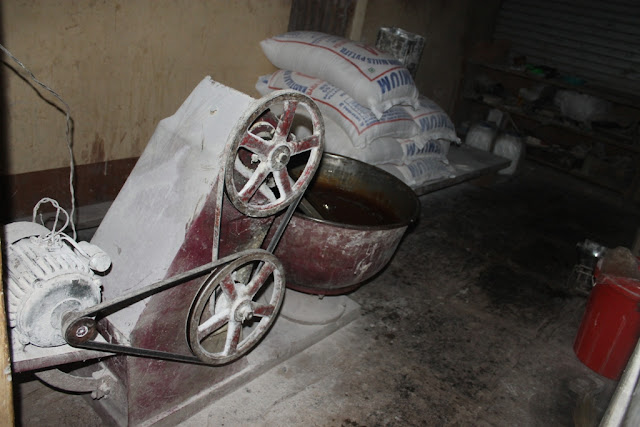 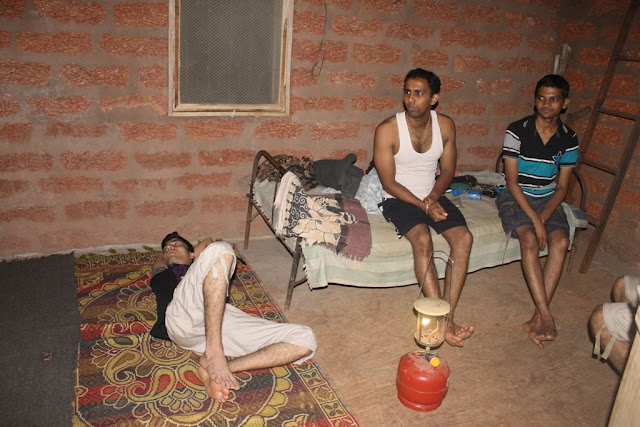 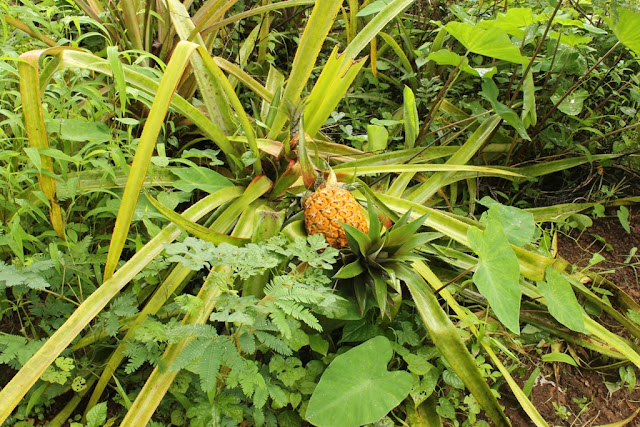 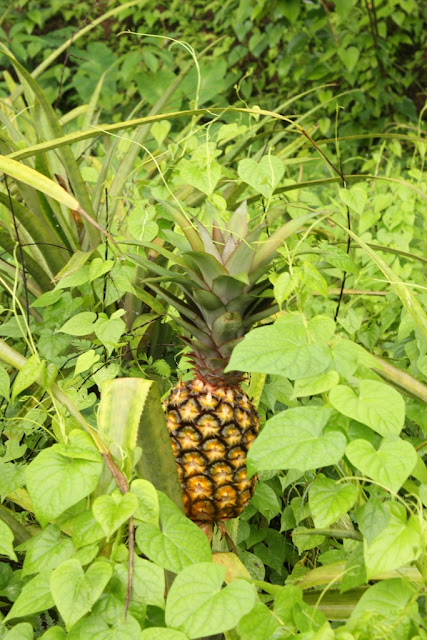 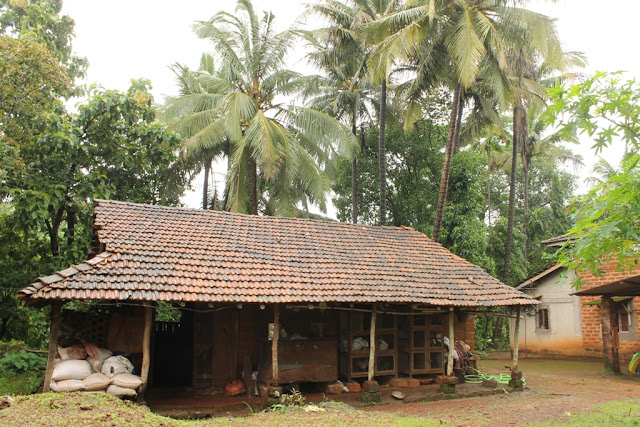 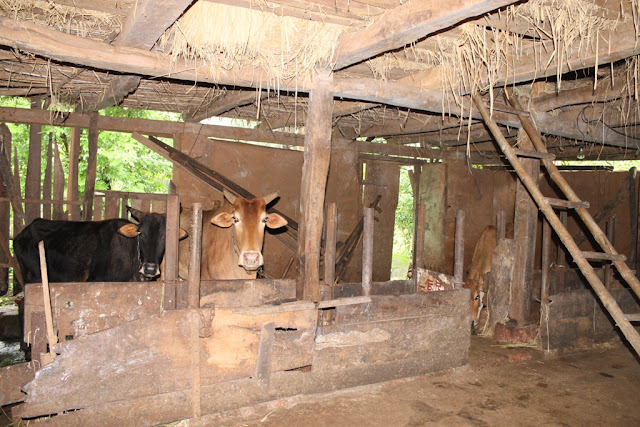 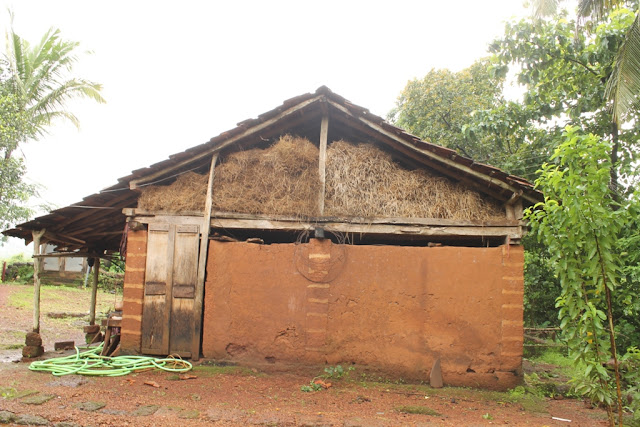 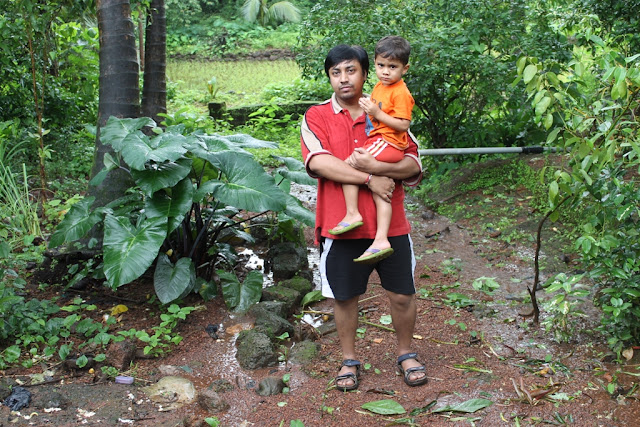 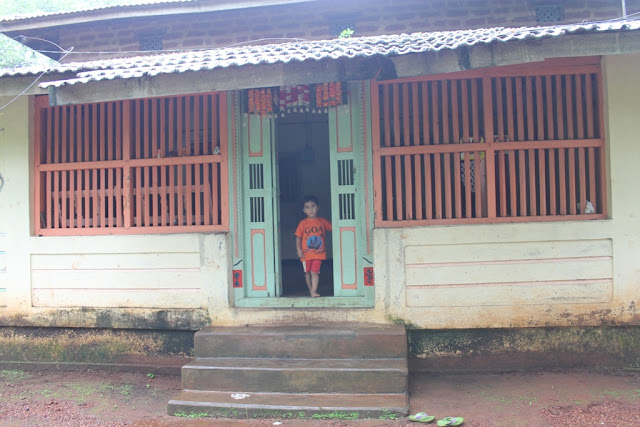 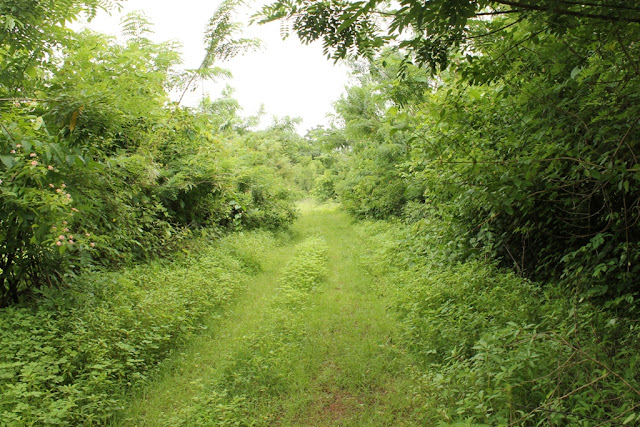 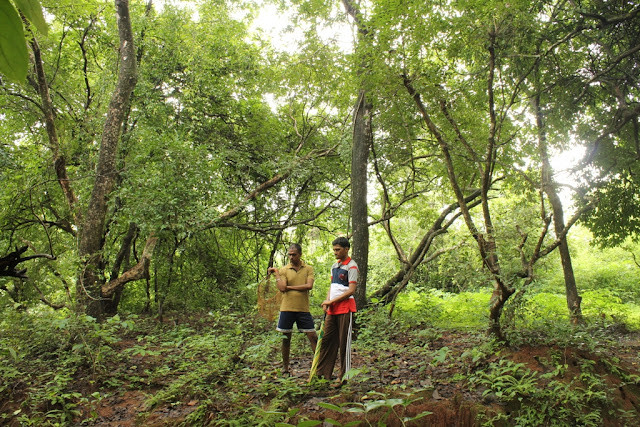 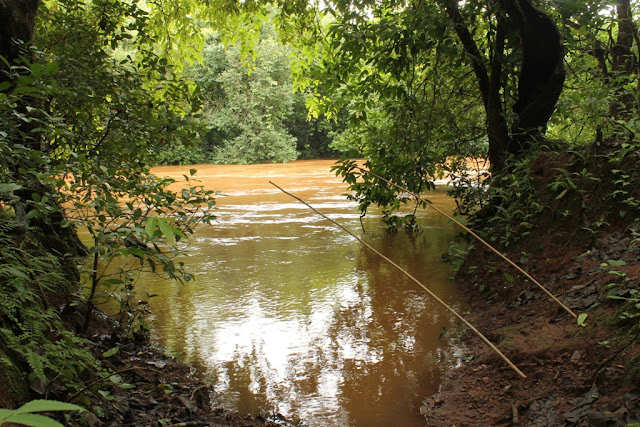 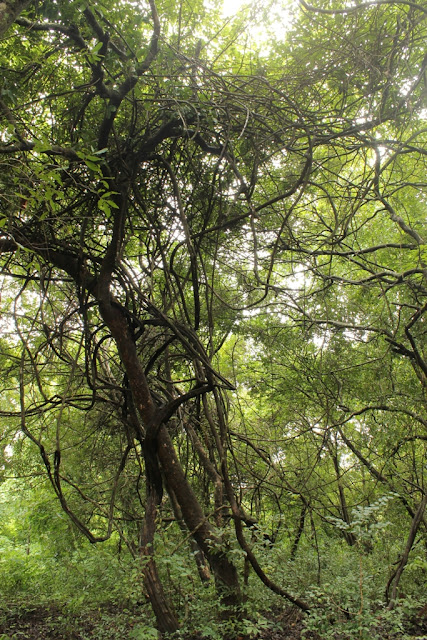 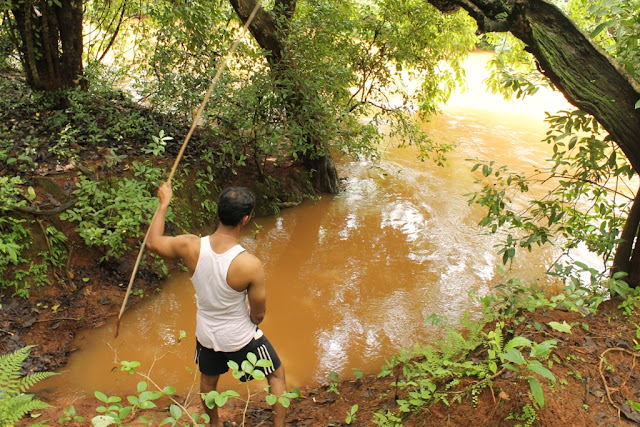 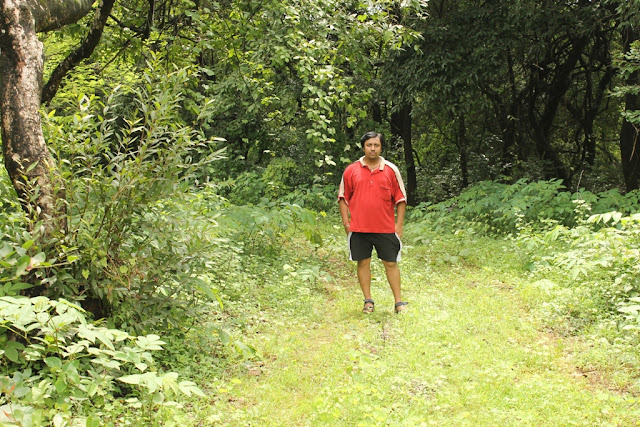 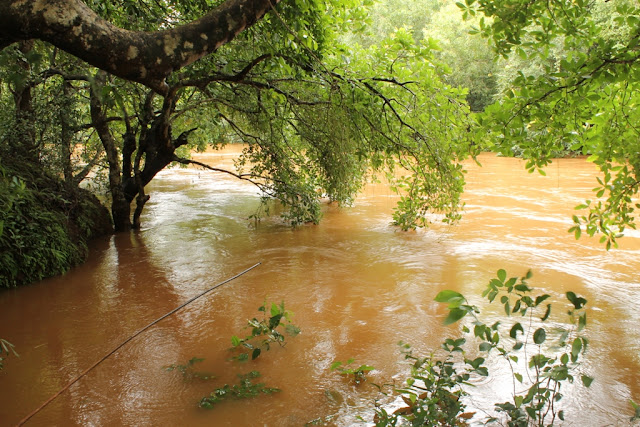 Posted by comfortably numb at 12:44 PM